The cheetah is skilled at running down fast prey and can reach a top speed of 113kph (70mph). That’s three times faster than the top running speed for a human which is about 36kph (22mph)!

The Spur-Winged Goose is the world’s largest goose and can fly at 142kph (88mph).

The frigate bird’s speed of 153kph(95mph) is helped by having the largest wingspan to body weight ratio of any bird. They are able to stay aloft for more than a week at a time!

The White Throated Needletail (also known as the Spine Tailed Swift) is the fastest bird in powered flight, with a top recorded speed of 171kph/106mph!

The Peregrine Falcon is the fastest bird, and in fact the fastest animal on the planet, when in its hunting dive, the stoop, in which it soars to a great height, then dives steeply at speeds of over 322kph (200mph). It reaches horizontal cruising speeds of up to 90 kph (56mph). Find out more fascinating information on Peregrine Falcons in our Animals A-Z section. 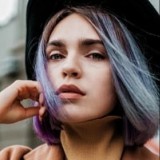 Hello. I am John DOE. I am a Wordpress theme & plugin developer. And i am author on Envato.

4 replies on “Parallax Post: Top 5 Fastest Animals In The World”

Amazing post. Thank you for sharing. I wonder, why cats are not in the list 🙂 my cat realy fastest animal, i believe.

Lorem Ipsum is simply dummy text of the printing and typesetting industry. Lorem Ipsum has been the industry’s standard dummy text ever since the 1500s, when an unknown printer took a galley of type and scrambled it to make a type specimen book.

Animals are faster than humans. It is true, but most danger animal is human. If we need a list, humans will be first in the list. This is sad but true.

It has survived not only five centuries, but also the leap into electronic typesetting, remaining essentially unchanged.